Four years old Abhijeet Jain suffering from thalassemia a blood disorder, now stable to sustain his life without blood transfusions and painful injections. A surgery of bone marrow transplant of Abhijeet, a resident of Delhi with poor condition of family unable to afford the amount was a major obstacle in the surgery had appeal to the state government who has denied for financial help. With the help of Artemis hospital, Abhijeet has been successfully completed his surgery and has been discharged from the hospital. 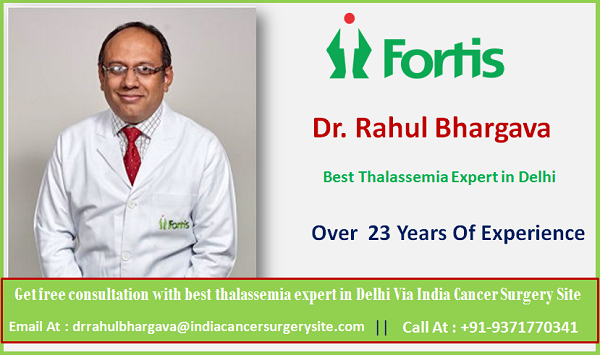 Artemis Hospital came forward to help the helpless parents who visited several government offices for help but could not get any. Finally the hospital decided to raise a fund for Abhijeet as he is in immediate requirement of bone transplant. The hospital is bearing 50% of the expenses of the bone marrow transplant while the remaining funds were raised by Abhijeet’s parents through public donation.

Dr. Rahul Bhargava said the bone marrow transplant was successful and Abhijeet’s condition is stable now. He has been discharged from the hospital but would be under observation for the next 90 days. In these 90 days, he has to take some precautions he added. He further added that several children’s all over are suffering from thalassemia but are unable to get proper care and treatment. If proper care is taken by the government then children can lead a healthy life like Abhijeet.

Dr. Rahul Bhargava who has treated patients is known worldwide with a lot of knowledge and training. He also looks after patients not only from India but also from Africa, Nepal, UAE, Iraq, and many other countries. He has many successful stories just like bone transplant of Abhijeet.