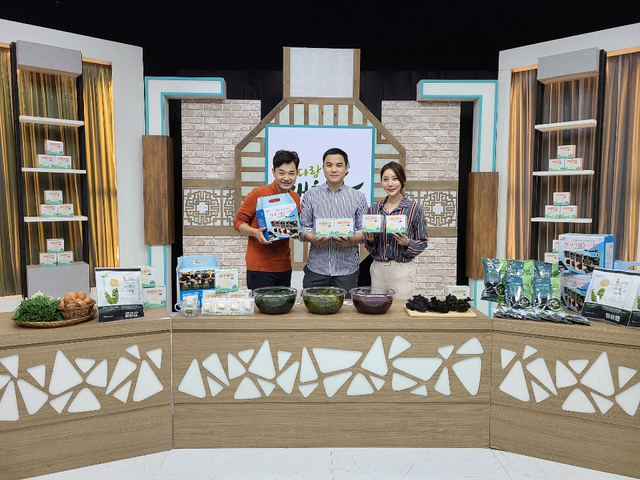 Not many people would have heard of the name of the seaweed ear. We commonly encounter seaweed soup as part of the seaweed stem, and the seaweed ear is the root of the branch. It was named 'Seaweed ear' because it resembles a human ear. Seaweed ears are nutritious that nourish seaweed stems and foliage in hot sunlight and rough waves. Still, in Korea, they are not used as food ingredients because of the low number of people who prefer them due to viscosity.

Bada N Haecho Fishery Corporation participated in the 2020 Jeonnam Youth Village Road Project hosted by the Jeonnam Bioindustry Foundation's Eco-Friendly Agri-Bio Research Center. It developed an "egg seaweed ear soup" that anyone can eat quickly and deliciously. The reason is that people don't know the seaweed ear, which has so many nutrients, and they can't use the right food ingredients. Bada N Haecho egg seaweed ear soup's main ingredients are eggs and seaweed ear, as its name suggests. It also includes seaweed, Semogisari, Katsuobushi broth, chives, and sesame. You can pour 160ml of hot water and drink it right away without having to boil it. It is suitable not only for children but also for modern people who are busy with meals.

"Japan imports between 3,000 and 4,000 tons of seaweed ear from Korea annually due to a lack of seaweed ear production," said Kim Sung-Keun, manager of Bada N Haecho Fishery Corporation. "I don't think we can use this good thing in Korea, so I came up with a menu that can be enjoyed by men and women of all ages. We are now selling products with a single flavor, but we plan to expand it to products that suit Korean tastes like spicy or blend more in the future. We will continue to challenge the development of new products such as instant porridge by utilizing seaweed," he said.

Meanwhile, the 2020 Jeonnam Youth Village Road project was planned and carried out to boost investment in the sixth industry, revitalize the local economy, and increase village businesses' income.