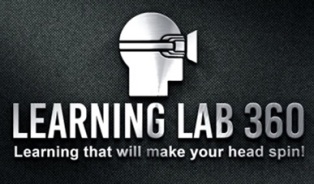 Learning Lab 360 is a company that is dedicated to bringing the virtual technology of the Oculus Rift in a mobile unit to the public education system. The company offers an innovative curriculum based on a virtual reality media library brought to students at their school via a mobile learning lab. LL360 provides a new way for students to see the world and experience far-away lands while immersing themselves in the culture. Schools, teachers and parents only need imagine the places that LL360’s technology can take their children.

With LL360, students will be able to take virtual field trips, visit the symphony, concerts, or plays in their own classrooms. LL360 lesson plans allow each trip to be tied to a curriculum to emphasize the subjects being taught today. “Visits to places otherwise impossible in the school system are now possible. Rome, Egypt, Greece, London, the Grand Canyon, Civil War, and outer space will no longer be pictures in a book,” said company co-founder Rebecca Moody. “Ancient civilizations can now come alive as [students] see people and places as they really appear without leaving school grounds.”

The LL360 lab is a self-contained unit with internal Wi-Fi, computer center and an external generator. The mobile lab will be transported to school grounds, eliminating the need for permission slips or busing. The lab specifications allow up to 12-15 students at one time to participate in virtual lessons. Students are able stand or sit as needed while utilizing the lab’s technology and programming. LL360 provided headsets will be wired to internal jacks to eliminate tripping hazards and all students in the lab see the same presentation moderated by their teacher. The company has implemented designs that have insured that the lab will be handicap accessible.

“LL360 Mobile Labs can be scaled up to meet the needs of school districts simply by putting more Labs on the road. Initial projections are that revenue from renting a Mobil Lab, to as few as four schools, can produce profitability of the concept,” says Ms. Moody.

Kickstarter is a funding platform for creative projects. Everything from films, games, and music to art, design, and technology. 'Backers’ who support a project on Kickstarter get an inside look at the creative process, and help that project come to life. All 'Backers’ of the Learning Lab 360 Kickstarter campaign who pledge $50 or more will receive a Learning Lab 360 t-Shirt and the online learning module, “Rome in VR!”